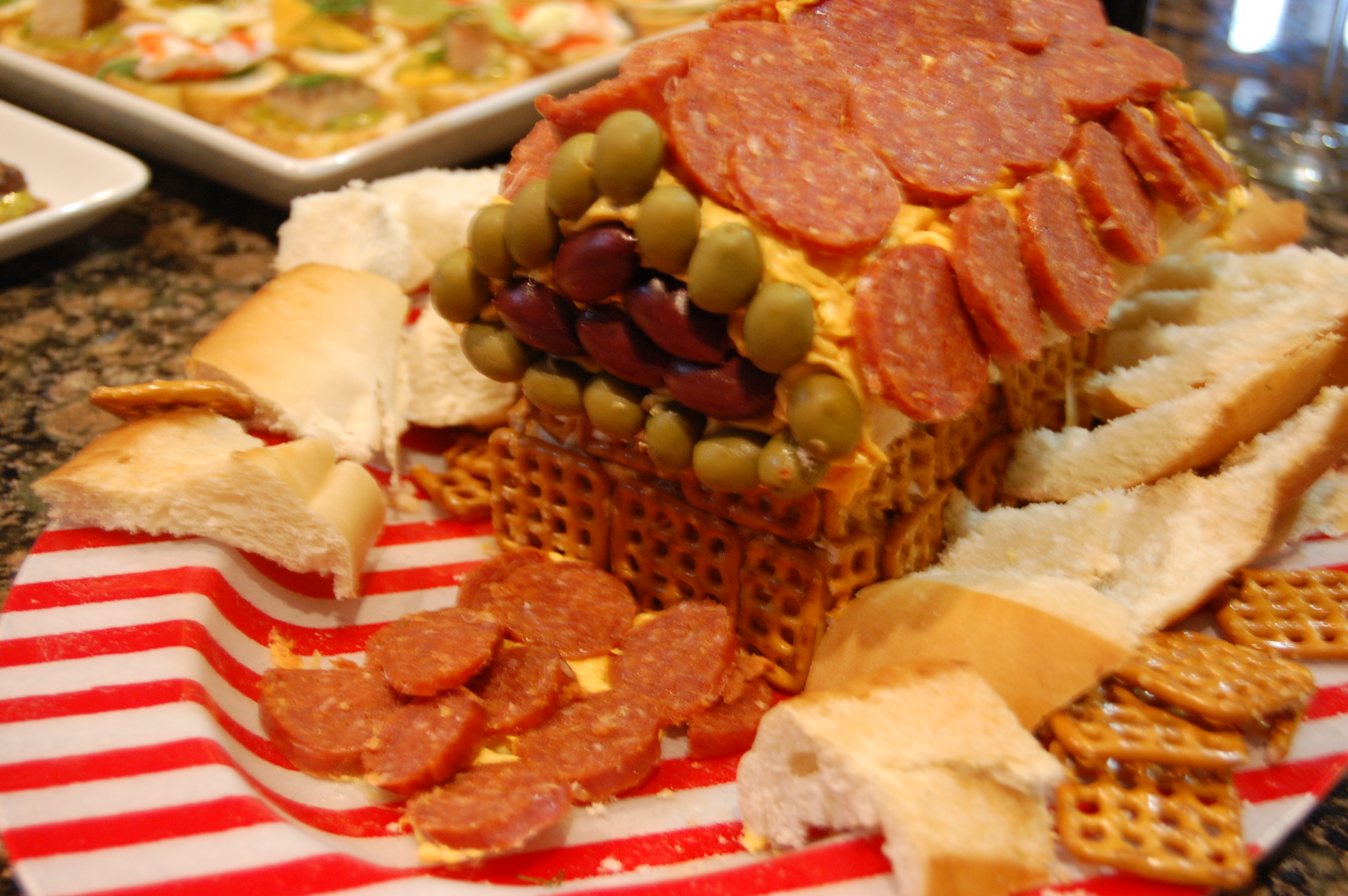 I saw an episode of The Kitchen (HGTV), where they built a similar meat and cheese house.  I decided to recreate it for New Year’s Eve.  My guests were amazed, so amazed that they weren’t eating much of it.  I don’t think anyone wanted to mess it up, so half way thought the evening I cut it in half to encourage people to eat.  I think I would do this from the beginning next time. 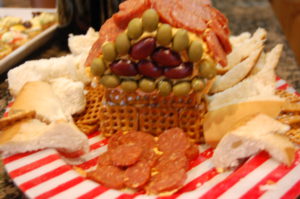 Start by creating the base of the house, use the cheese logs to create a rectangle, then the cream cheese on top.  Then take a portion of the french bread and cut into a triangle for the shape of the roof line.  Add pretzels to the side of the house to look like siding.  Then use the squeeze cheese to attach the pepperoni to the roof for the shingles.  I added olives to the front of the house for a little color.  You could get really creative and use alot more ingredients like peppers, artichokes, jalepenos, capers, or even some fresh herbs around the house to look like a yard.  I served it with the remainder of the french bread. 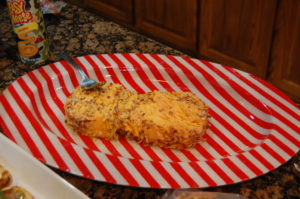 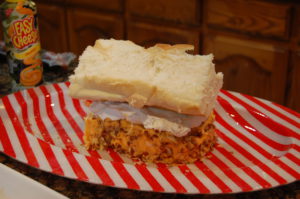 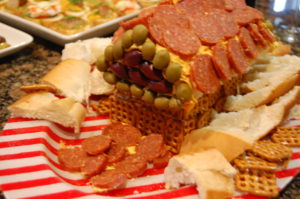 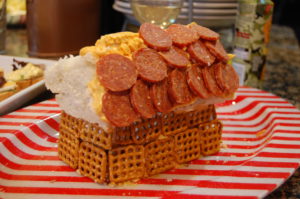