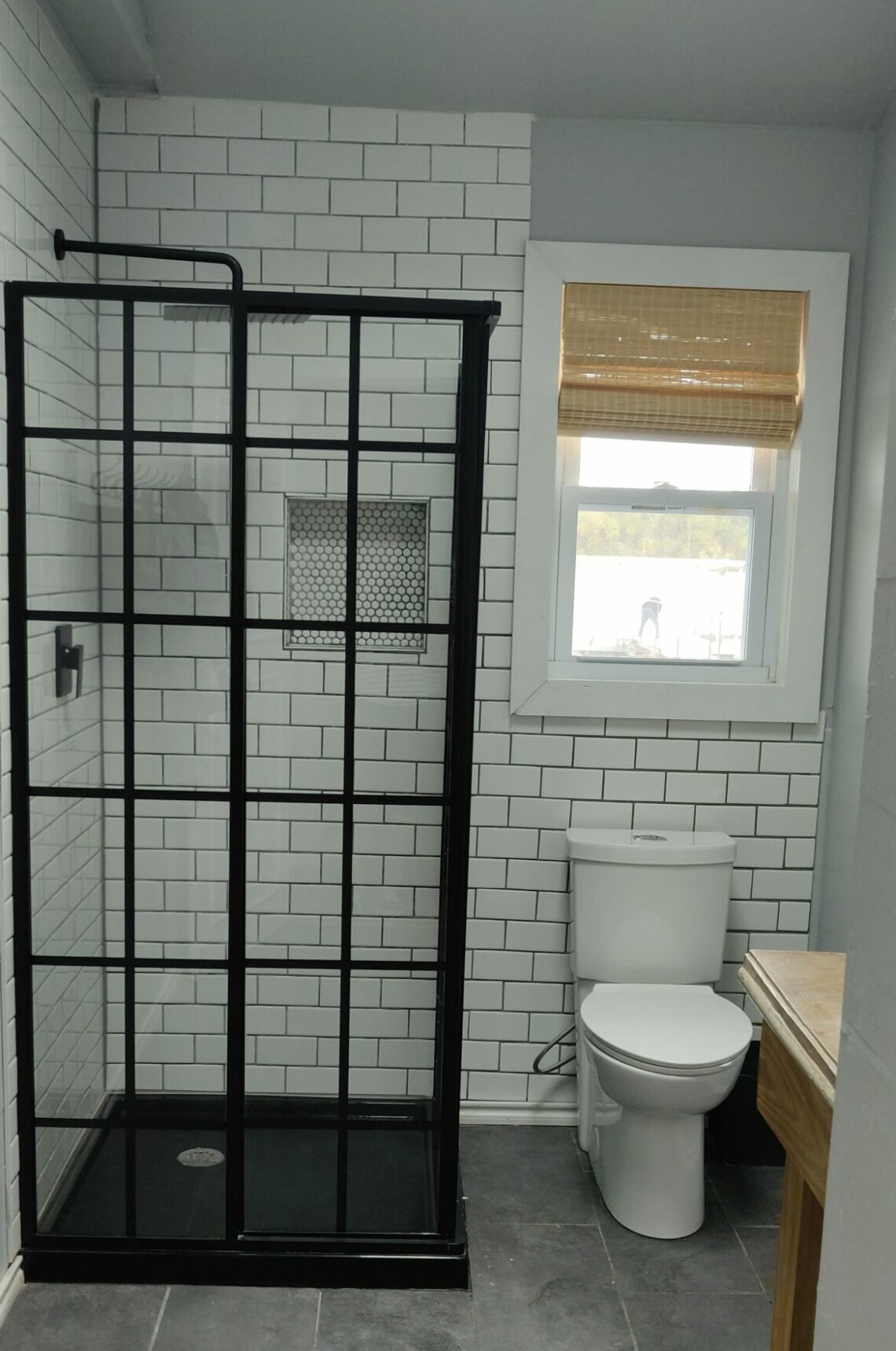 While renovating our lakehouse, we decided to tackle the bathroom.  For this blog, I will only go into the shower project because it was quite a bit of work with many steps.  In the pic below, you can see the 70’s style plastic shower enclosure.  This room always had a funky smell no matter what we did, when we ripped this out we finally found out why.  There was stagnant water behind and inside of the hollow shower enclosure.  It was a huge relief to get that ripped out! 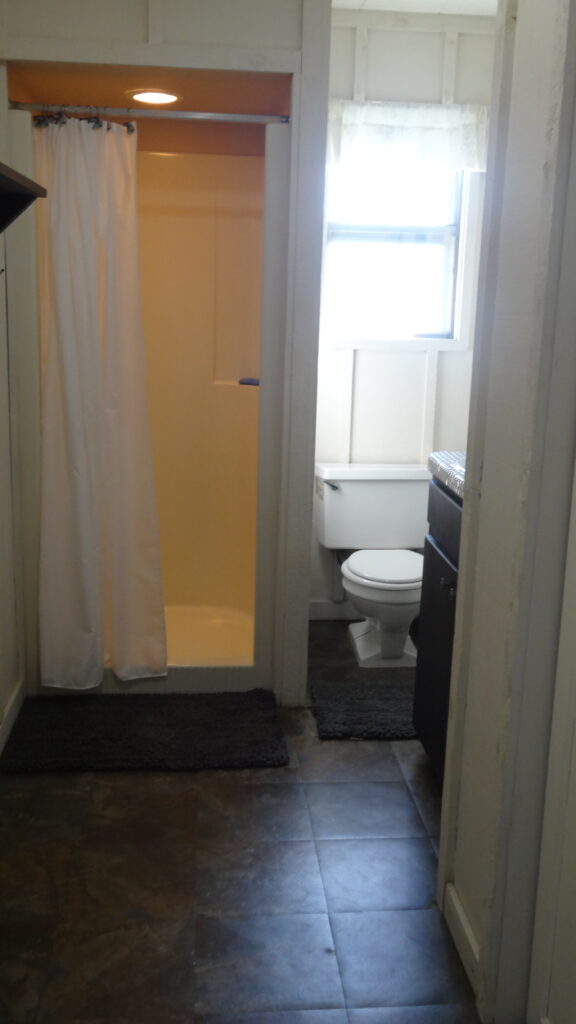 We started by removing the walls and then the shower itself.

Allign drain to fit new shower.  This was a little bit of work and definitely one for a professional.

We purchased a two sided shower encloser and planned to tile the other two walls.  One of the walls would include an “in wall” shelf, also called a shower wall niche.  See below the framing for the niche.

Then we installed cement boards for these walls, including the shelf.  Using a mess tape for any edges and corners.

Then we added a waterproof coating to ensure no moisture gets behind the wall.  The product we used was Red Guard, which is a waterproof membrane sold at Home Depot.

Start from the bottom and tile upward.  I chose a subway tile for the shower and the small round tiles for the shelf. 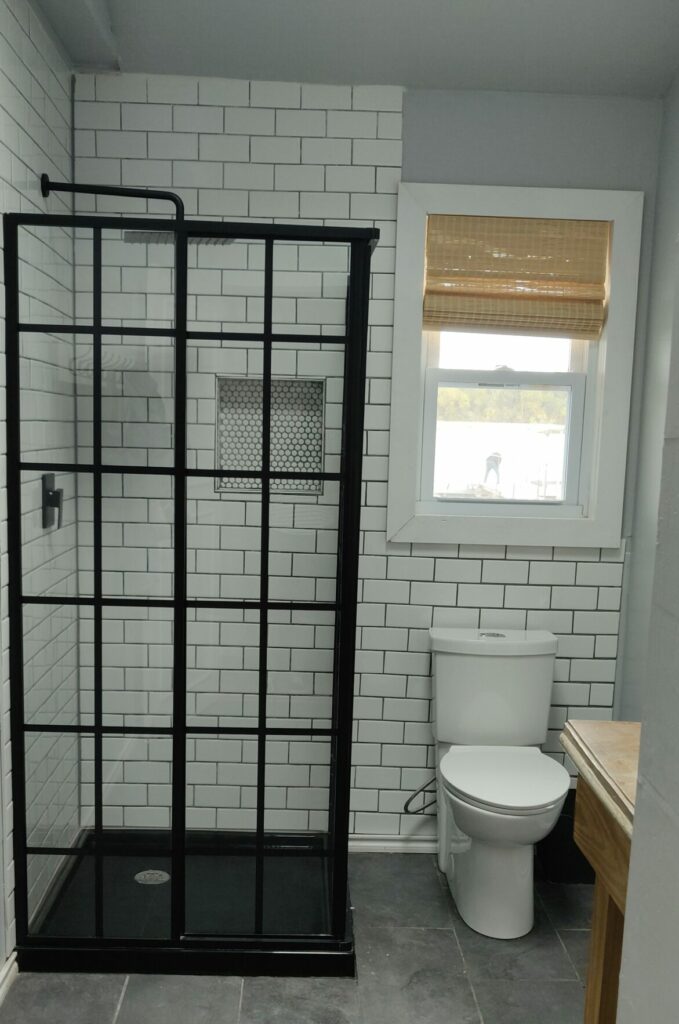 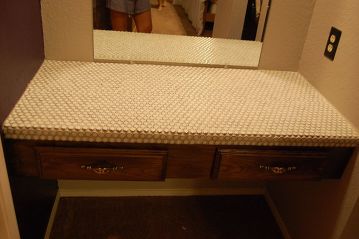 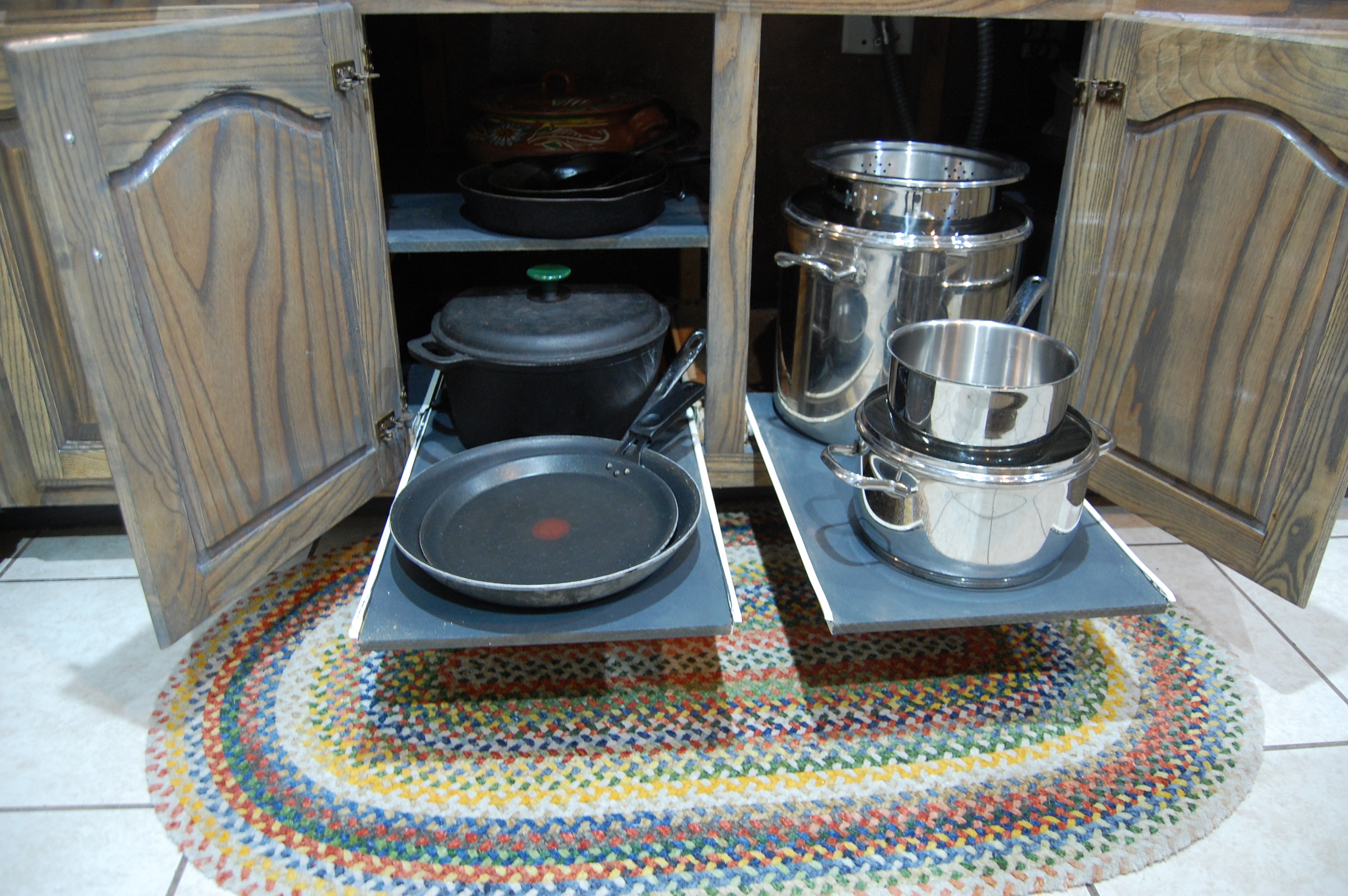 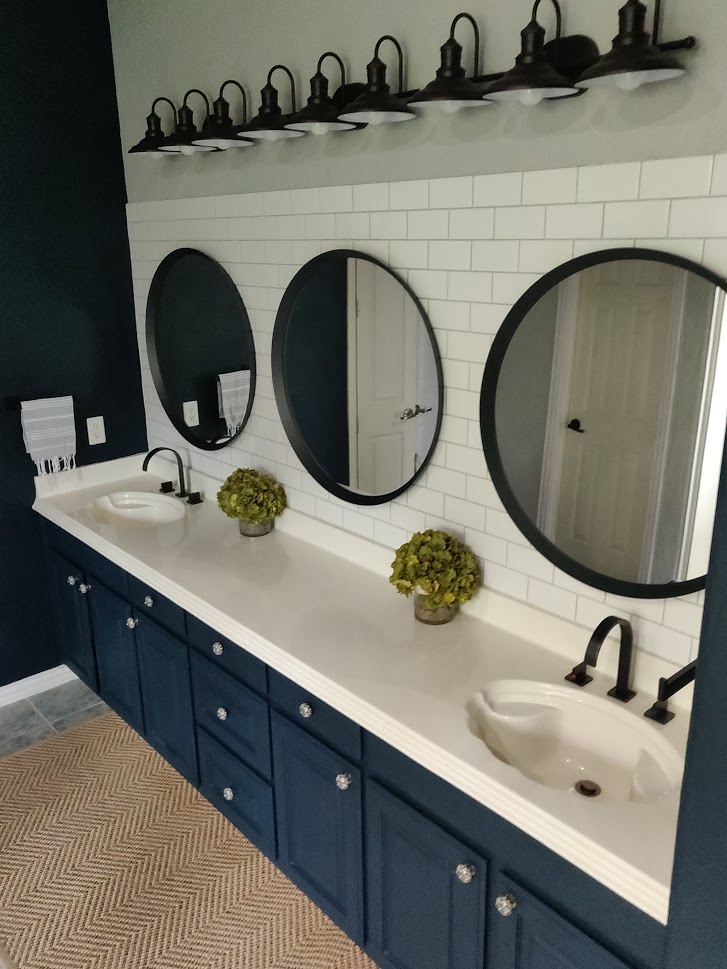