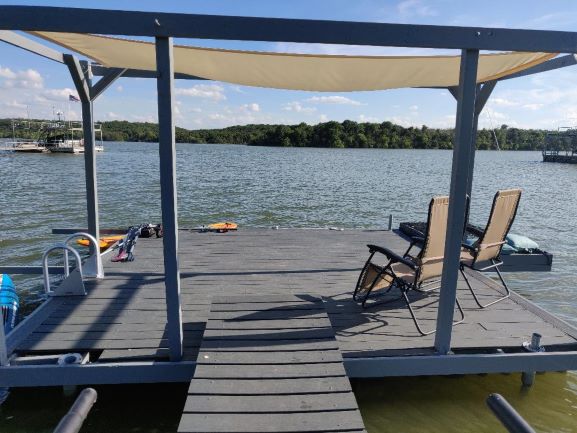 Building a new dock from scratch was a lot of work but well worth the money saved and time spent.  My husband and I did a lot of research prior to starting this project.  This dock is on a Texas lake that is not a constant level lake, which is why we planned an attached in ground walk way with moving walk plank out to the floating dock.

Without heavy machinery and the fact we lacked welding experience and equipment, we decided on securing the posts with 4 inch PVC pipes, with a center 1 inch metal pipe.  These were pounded into the ground and then filled with cement. 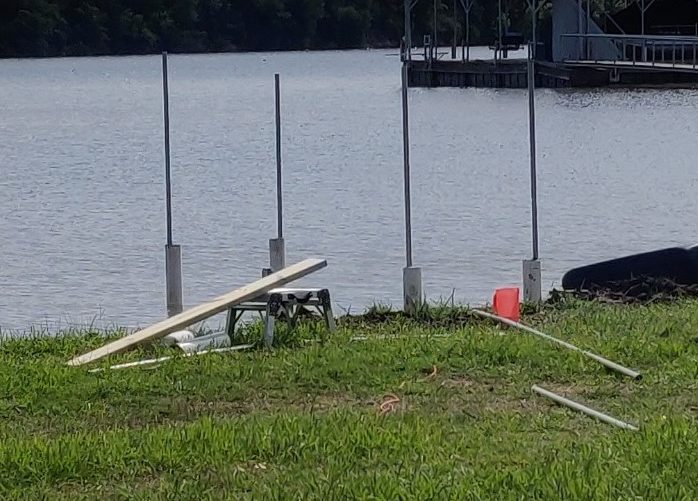 Texas gets some major storms, which is why we knew we needed to have some supports on the floating dock that would keep it in place.  We filled the buckets below with concrete and left 8 to 10 inches of the support pipe which would be sunk into the ground under the floating dock. 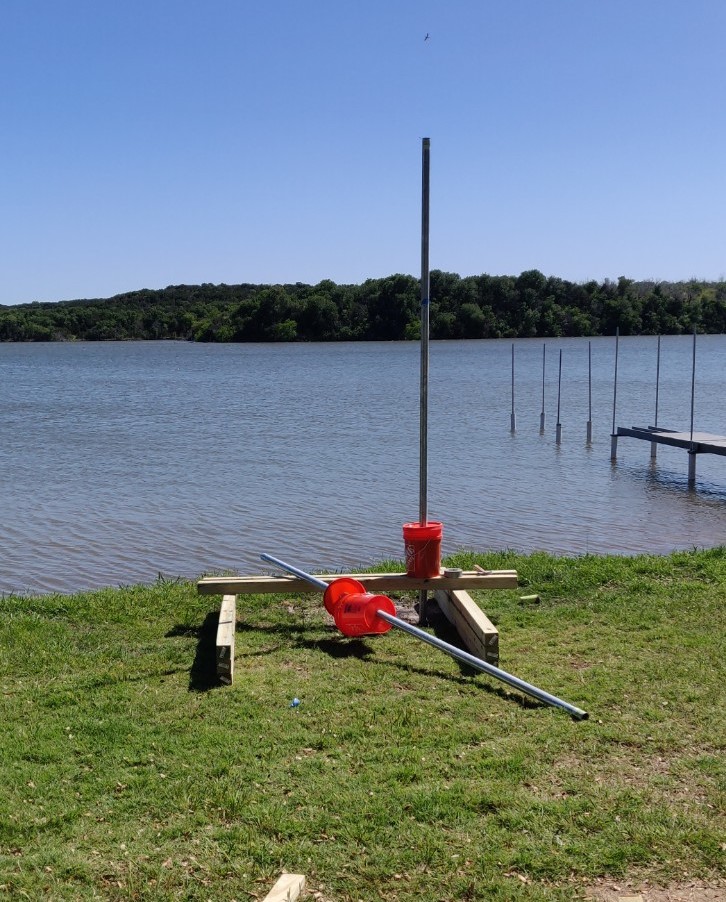 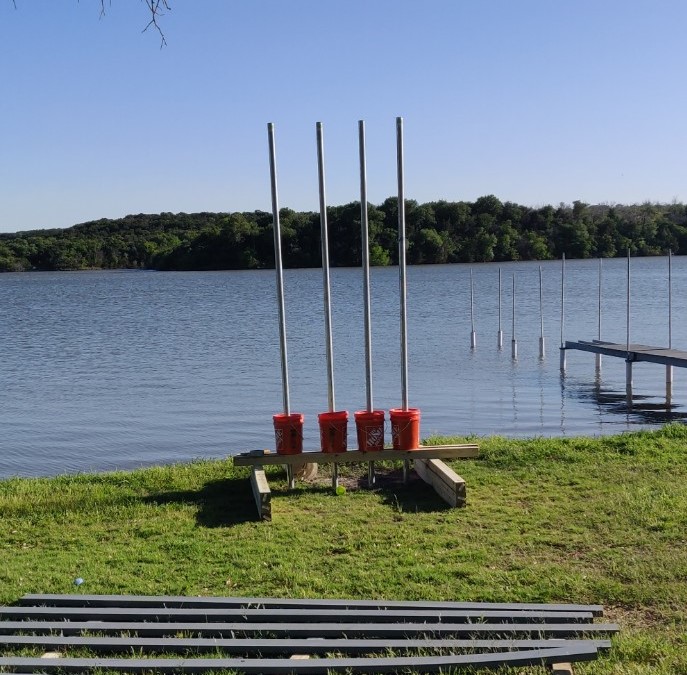 Step 3 – Design and Construct the floating portion of the dock.  The picture below illustrates how we planned out the support beams for the dock and included our hammock and equipment boards that would extend five feet outside the 15 x 15 foot floating dock.

We chose to assmeble the dock right at the waters edge to avoid having to lift it into the water.  Here we have 8 dock floates, but later added 6 more for additional support.

Step 5 Build and attach the moving transition section, also called a gangway, that would connect the attached walkway to the floating dock.  This section has wheels on the dock end and large metal hinges on the walkway side to allow for the dock to move up or down depending on water level. 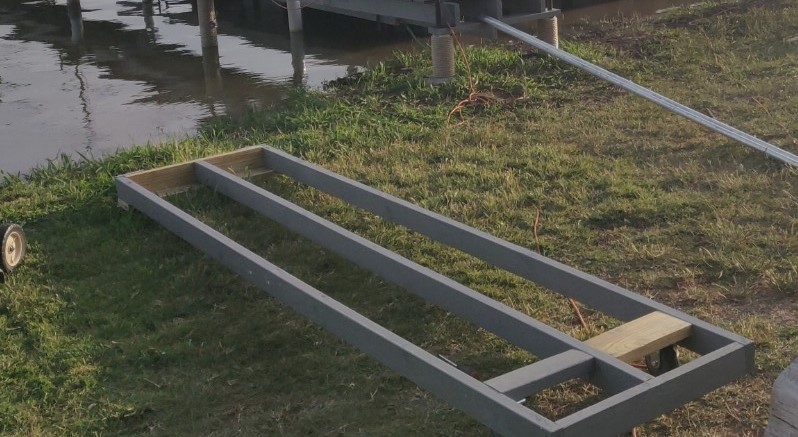 Step 6  Lauch the dock and attach to the walkway

Step 7  Install the cement bucket supports to each corner of the floating dock.  This was a cumbersome task that involved digging a hole below each support and attempting to get the top pole through the metal brackett supports in the floating docks.  These metal supports(pipe holders) allow for the dock to move up and down.  If we had to do it again, we would use auger attachments to the end of each pole that could be twisted down into the bottom of the lake – lesson learned!

Step 8  Install the rest of the canopy with extra support beams and add the sun sail for shade. 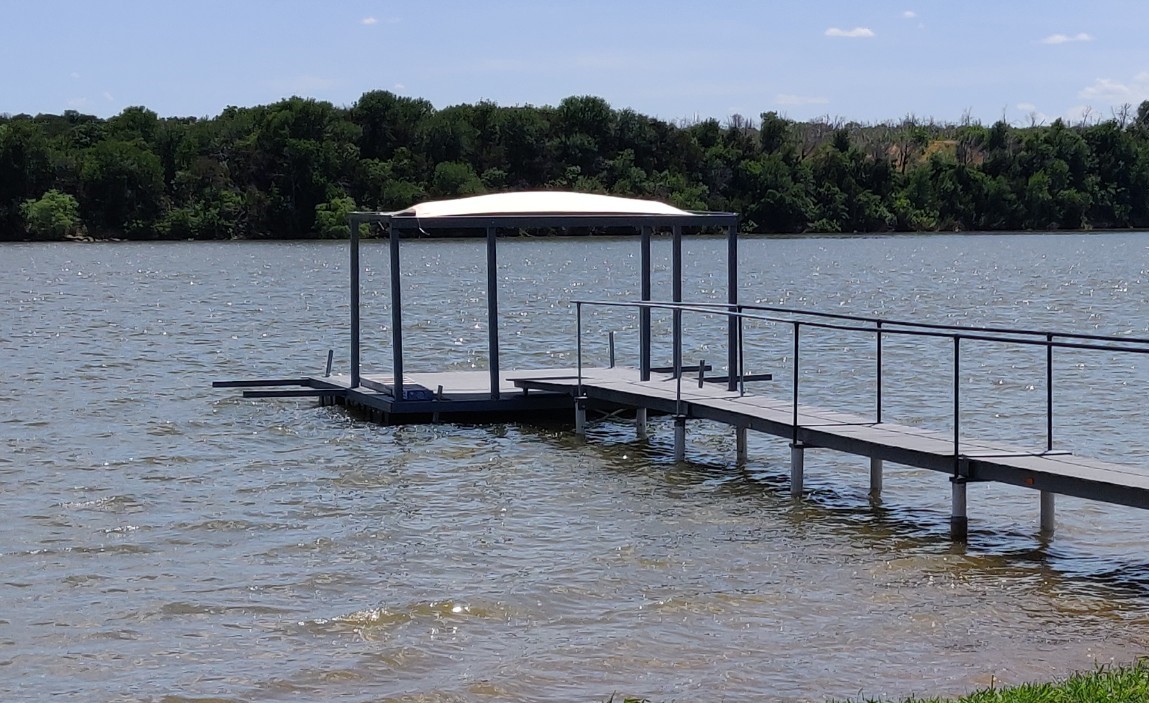 Step 9  Install Hammock with support wire.  We purchased our net from Just For Nets. 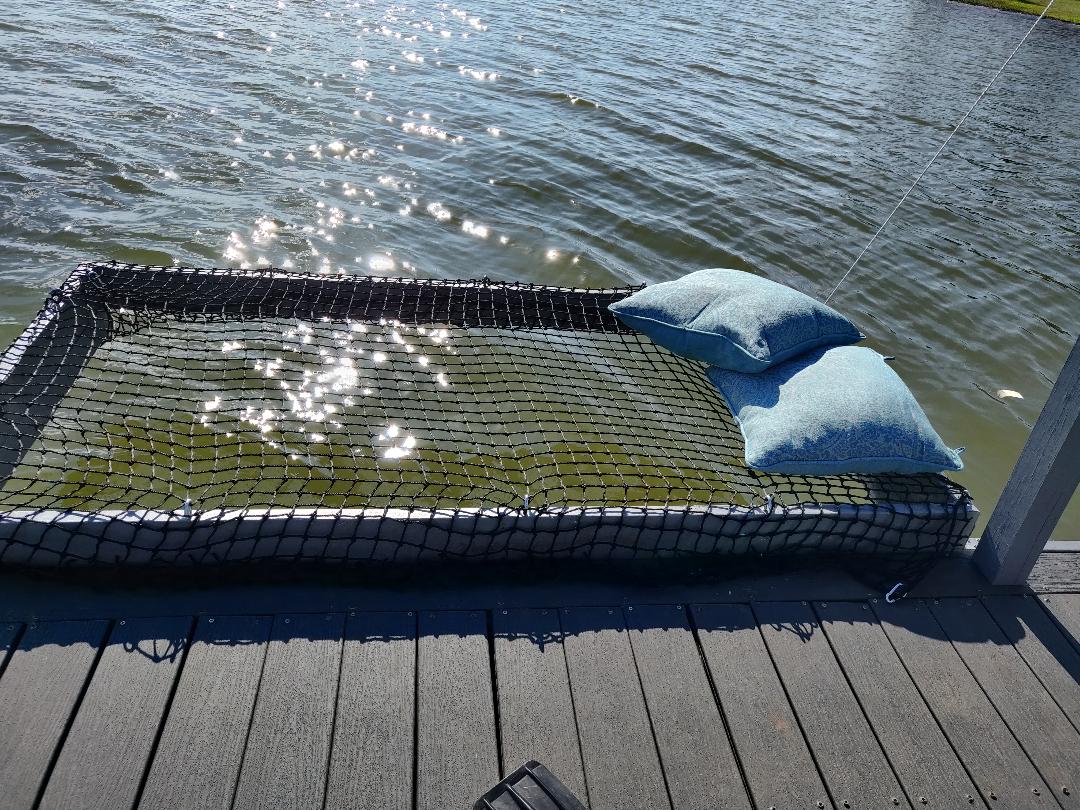 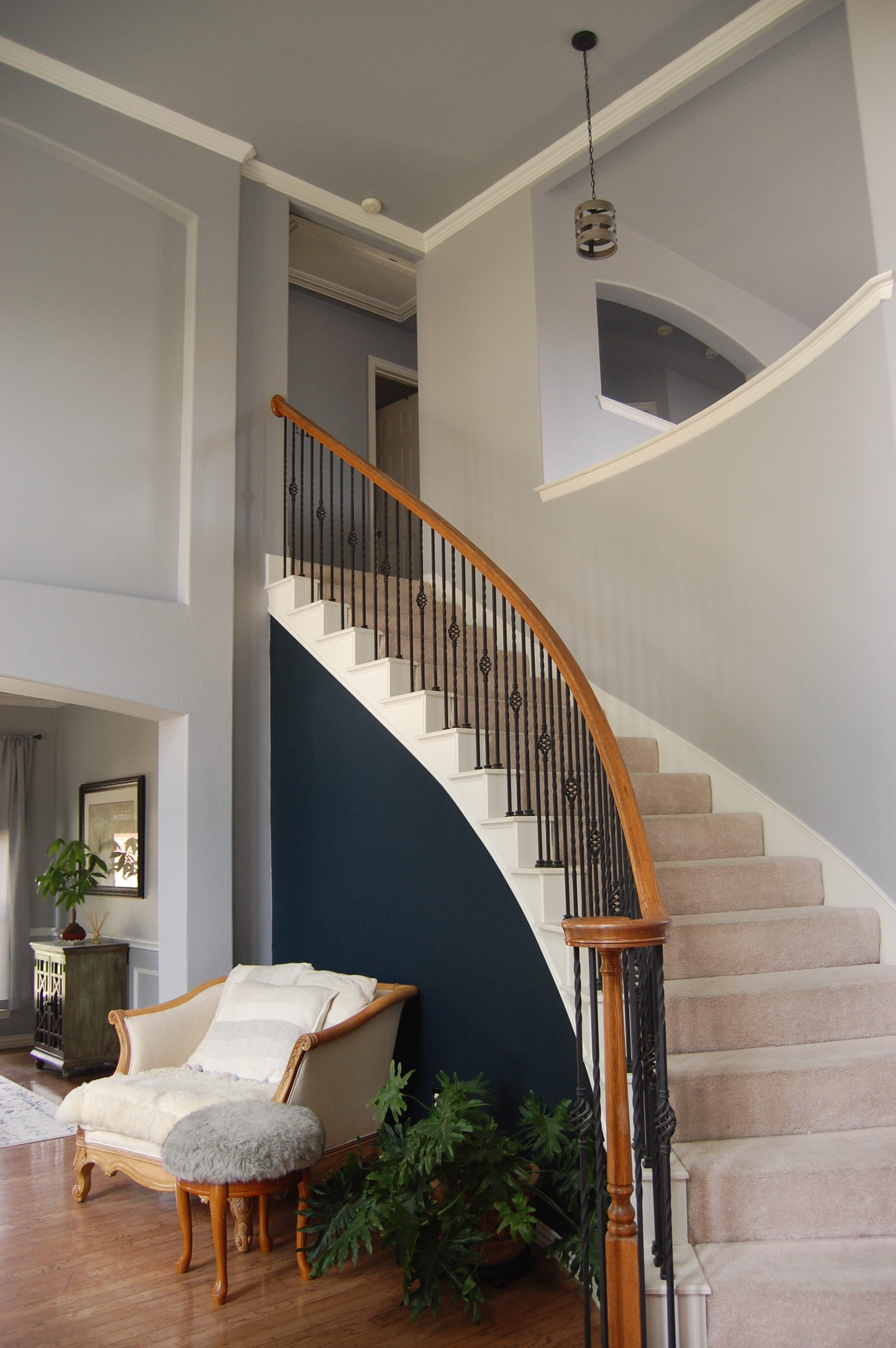 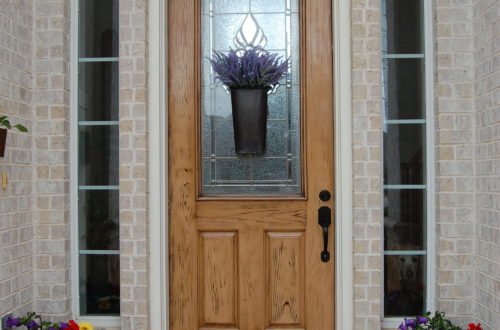 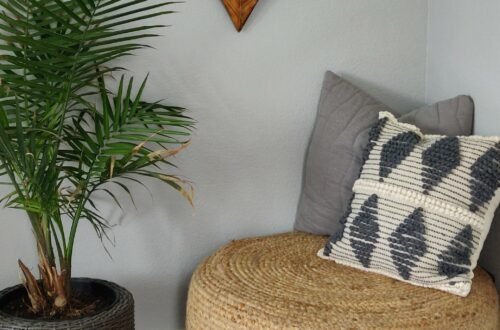 DIY Ottoman made from an Old Tire