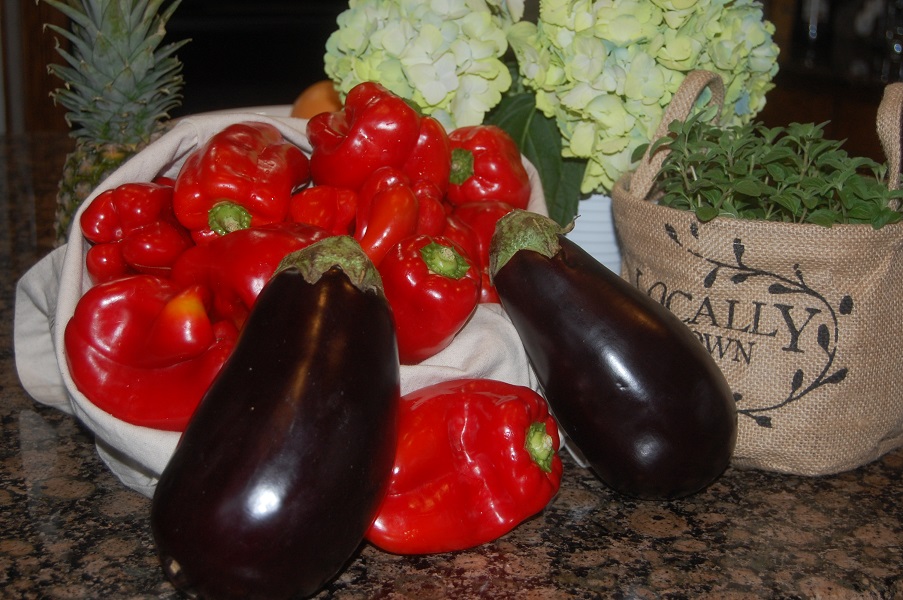 When I come across a sale on my favorite veggies, I like to make the most of it.  Obviously, you can plan on eating that particuliar veggie a lot over the next few days, but there’s so many different ways to prolong the goodness!

Some of the ways I like to use large quantities of red peppers: 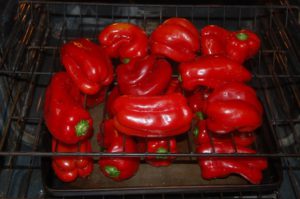 Wash the peppers and place on a baking sheet to catch the juices.  Roast at 350 degrees for roughly 30 minutes, turning the peppers once to get an even char on each side.

Once you have roasted the peppers, you have a few options depending on time/effort and equipment you have available:

The simplest next step would be to fill freezer bags with the roasted peppers (cooled) and freeze for up to 12 months.  When you go to use a bag of roasted peppers, defrost the peppers in warm water and the skins come right off.

Or add the roasted peppers to ice water right after you roast, and peel prior to freezing.  This saves a step when you go to use later. 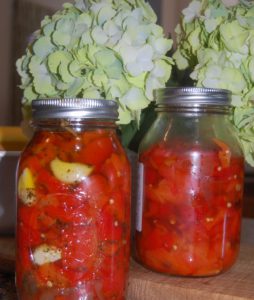 Mix 1 cup applie cider vinegar, 1/2 cup olive oil, 6 cloves garlic, 1 tablespoon dried basil and oregano, salt and pepper to a large mason jar – fill with large chunks of the roasted red peper, peeeled.  Use the peppers in appetizers or serve as part of an antipasto platter.  Keep in refrigerator for up to 30 days.

Try these plain roasted peppers or the marinated version in wonton cups, on flatbread pizza, in salads, pasta, hummus, or just as a snack! 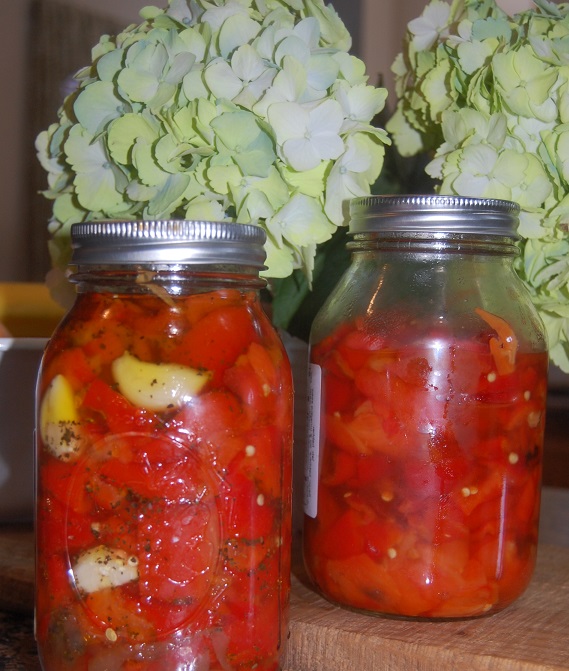 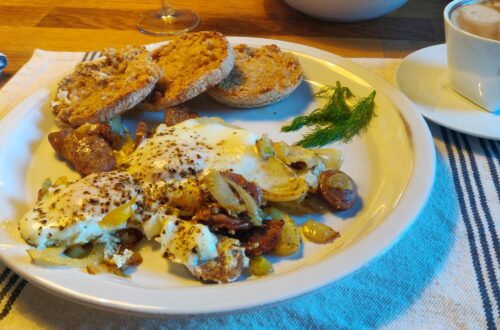 Sausage, Egg and Fennel for Brunch 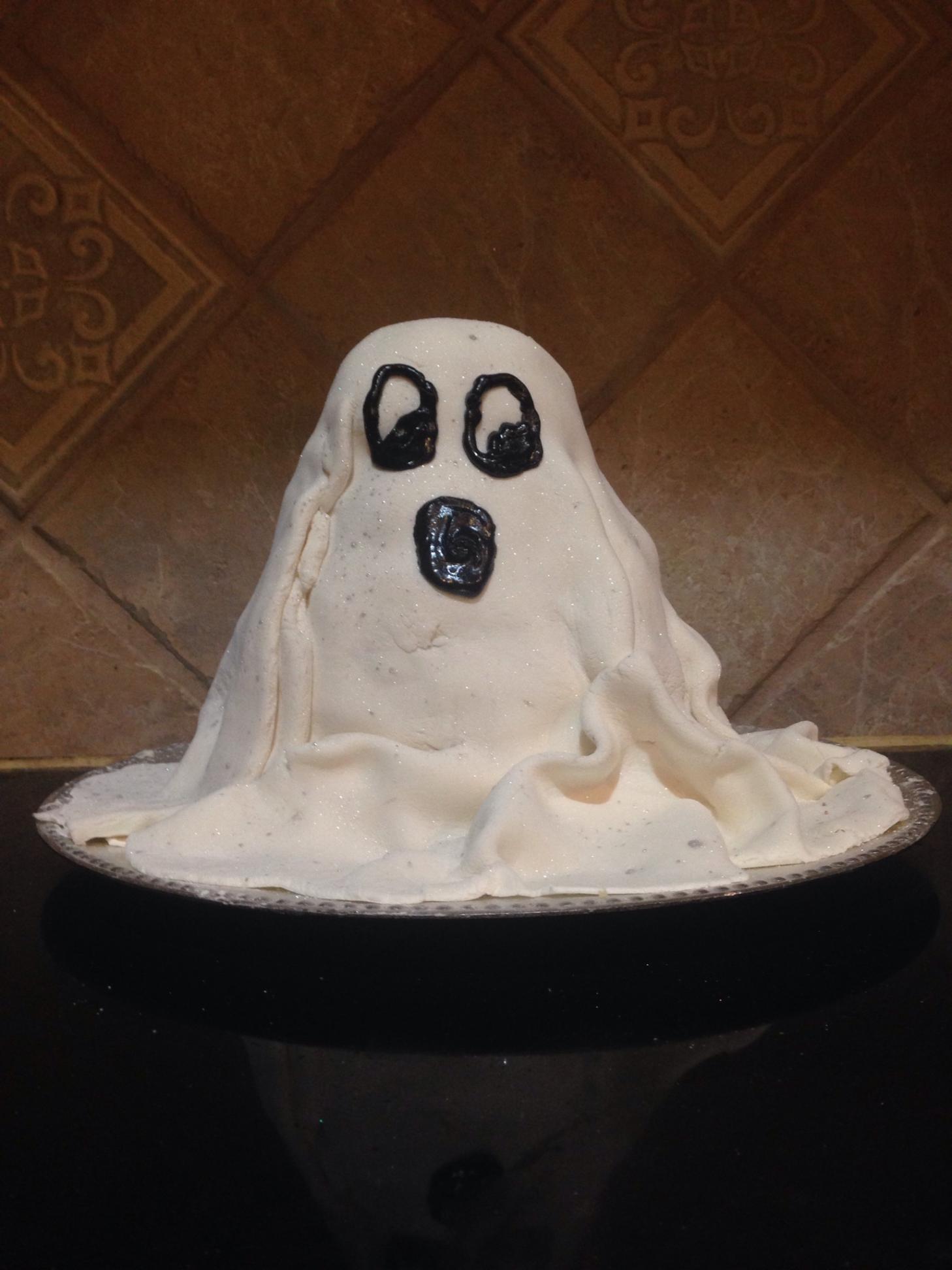 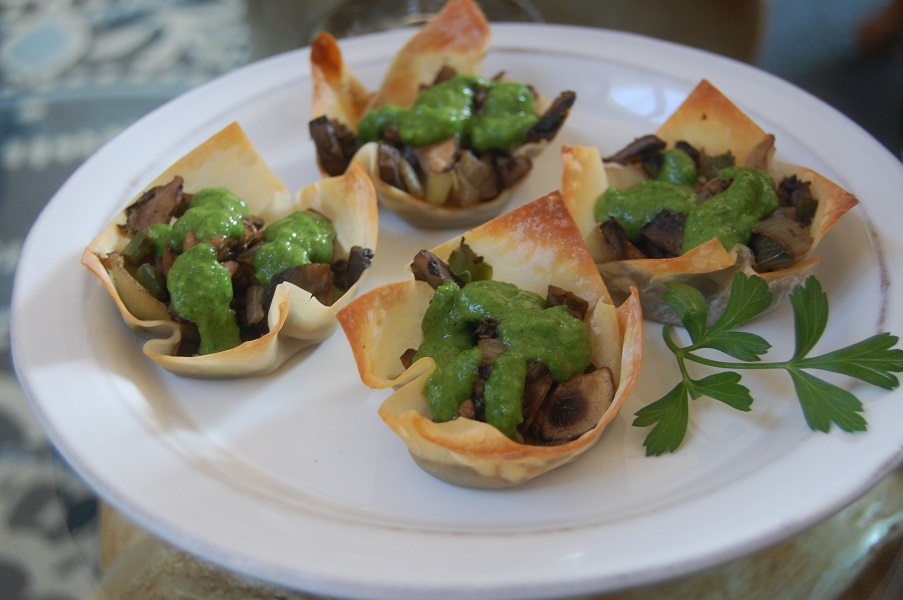